experience in  extension
Being in extension this year was amazing. When I first heard my name being called I was scared thinking I was in trouble. I am more than happy to say that being in extension is Awesome, we are so lucky that we get the opportunity to do so much. For example meeting The boat Hikianalia, learning about the three p’s, biodiversity,  and making an advertisement  for the 2015 production.


This year in extension my favorite thing was meeting the people from malama honua and learning about biodiversity. When doing these amazing things  I have not only seen but learnt different stuff,  I have learnt about bees and  how they adapt to survive and what they do. If it wasn't for extension I wouldn't be learning something new, that's why I would like to say on behalf of  extension we would like to say  a vast thank you to Miss Langitopu for making this happen. 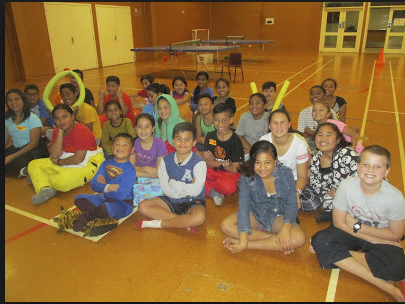 Email ThisBlogThis!Share to TwitterShare to FacebookShare to Pinterest
Labels: 2015, experience in extension


It was Friday afternoon, I started to panic. My body warmed up and I couldn’t breathe, I tried to use my asthma pump but it felt like it was  just not working. I finished my third asthma pump and boom... my face turned purple and the asthma attack began.

Earlier that day on Friday morning  as I was walking to school I stopped for a while to take a big breath. I looked down at my feet and I thought I would be alright. As time went on I felt queasy and felt like vomiting. That's when I knew something was going to happen.

Later on that day while sitting down inside my house, I looked around and I started seeing everyone duplicated. “Maybe going to sleep would help” I wondered. So I slept. Some time later I woke up and started coughing. It was hard for me to stop . “I can't breathe” I shouted hardly. My dad came in and I asked him to call the ambulance as I knew going in my dad's car without any medical treatment would be a disaster.
“Wee ooooh weeeee ooooh”, while nervously hearing the ambulance I start shaking thinking off injections. As the ambulance came in they quickly ask me some questions and put a mask filled with qas on my mouth and face to calm me down. Time passed and I was in the vehicle, as soon as I got to Starship hospital they put me in the emergency room and forced me to get a injection.  They said they had to put salt water and other things in my blood to keep me healthy and alive.

I was as hungry as a tiger trying to look for food. The doctor said if I ate anything I would vomit. I took a bite of toast and blaaaaaah I vomited up everywhere. My mother told me to sleep but it was hard with a empty stomach.  It's been three days in the hospital and the doctor said I needed to do a xray and a breathing test. After having the test I got my results and I am very sad to say it was bad. They said I had too much air in my chest!!!

It was the 4th day and as soon as I woke up there was a lady in front of me asking for a blood test, I was more than frightened. It was 12 o'clock and I was the last remaining patient, lucky me. They said they would put numbing cream on my vain to keep me from of screaming.  Right after lunch they called me over for the blood test. They tightened my arm and the nurse was so nice that while it was happening,  with fear I was able to blow bubbles to skip that moment. After that terrifying moment the nurse told me to tell my friends of what a scary thing I had done.

It had been a week and I finally got some good news. The doctor said right after my sweat test that I was able to go home.  I was really sad that I was going to miss the opportunity to go to Kawau Island with all the year sixes, At Least I camped in the hospital.  As soon as we reached home, for the first time  I was pleased to see my brothers.  Since my brothers knew I was sick they did whatever I wanted them to do.  For example asking for a drink of water or a banana, everything I needed was brought to me.

Painful and hurt, that's how I felt in the hospital.  I thought about it  and maybe it was my that fault I ended up in the hospital. Maybe if I had used my orange asthma pump every day I would of been going to camp with all my friends. Maybe I was not supposed to go to camp, whatever it was I have learnt to use my asthma pump everyday. Warning kids you must not  smell or eat dust mites, or you might have asthma and end up in the same situation like Rima.

On week six all the year six students got the opportunity to go to kawau island. After having a asthma attack I got stuck in the hospital instead of going to kawau island with all my friends. I was pretty sad but atleast I got all the medical treatment that I needed. I am also really happy to be back home and after a week I can go back to school!!

Walt: find equivalent fractions.
This weeks for maths problem solving its all about fraction. Did you know that you can
solve a fraction  question by using time, divide pluses and take away. My buddy and I
had to think a lot because fractions can be very difficult to solve.
Posted by Rima at 17:40 No comments: 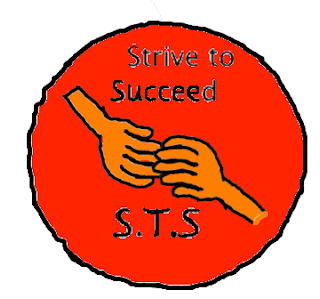 What if you could change your school logo?
If I could change my school logo it would be like this. Strive to succeed, its all about being proud of yourself if you fail or succeed.
Posted by Rima at 12:41 1 comment:

Walt:  Think about our purpose and reader by planning my recount.


Plan of my paragraph topics

This week for writing we were informed about going to the zoo....... on the internet.


When we were to write about how boring it is to watch the zoo from the internet, We hat to write a complex sentence, simple sentence and a complex question.

Hear is what I got, marked by Htet Htet.


This terms topic is survivers so Mr goodwin gave every group a different place and ours were grassland. It was pretty cool. I learnt that in grassland there are less trees and plants.  Grasslands are in certain places like farms and many more. 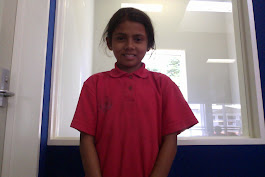 Hi my name is Rima and I have five monkeys (brothers). Ever since I was little I've always dreamed of being a doctor. Also my favourite hobby is painting and high jump. This year I want to be good at sports. I am also in year six with my new good looking teacher Mr Somerville! :)

Who is visiting this blog?